Barcelona is a city on the coast of north eastern Spain. It is the capital and largest city of the autonomous community of Catalonia, as well as the second most populous municipality of Spain. With a population of 1.6 million within city limits, its urban area extends to numerous neighbouring municipalities within the Province of Barcelona and is home to around 4.8 million people making it the fifth most populous urban area in the European Union. It is one of the largest metropolises on the Mediterranean Sea, located on the coast between the mouths of the rivers Llobregat and Besòs, and bounded to the west by the Serra de Collserola Mountain range, the tallest peak of which is 512 metres (1,680 feet) high.

Barcelona is located on the northeast coast of the Iberian Peninsula, facing the Mediterranean Sea, on a plain approximately 5 km (3 mi) wide limited by the mountain range of Collserola, the Llobregat river to the southwest and the Besòs river to the north. This plain covers an area of 170 km2 (66 sq. mi), of which 101 km2 (39.0 sq. mi) are occupied by the city itself. It is 120 kilometres (75 miles) south of the Pyrenees and the Catalan border with France.

The greater Barcelona metropolitan area had a GDP amounting to $177 billion (equivalent to $34,821 in per capita terms, 44% more than the EU average), making it the 4th most economically powerful city by gross GDP in the European Union, and 35th in the world in 2009.

Barcelona has a long sporting tradition and hosted the highly successful 1992 Summer Olympics as well as several matches during the 1982 FIFA World Cup. It has hosted about 30 sports events of international significance. FC Barcelona is a sports club best known worldwide for its football team, one of the largest and the second richest in the world. It has 74 national trophies and 17 continentals, including five UEFA Champions League trophies out of eight finals and three FIFA Club World Cup wins out of four finals. 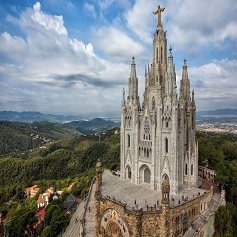 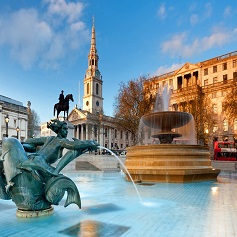 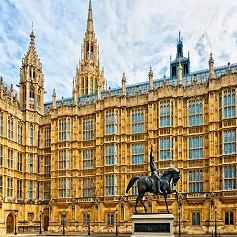 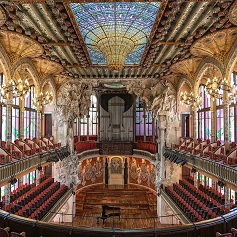 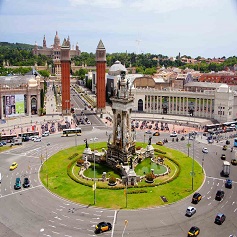 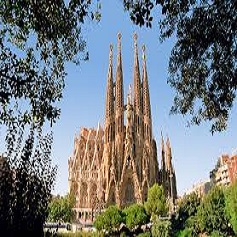